Airsoft guns are the replica guns and that sounds safe enough but is it?

These guns resemble the real ones a lot and this striking resemblance between the two is the reason for the popularity of these guns. You would have heard lots of things when it comes to these replica guns.

“Treat these guns as real guns.”
“Airsoft Guns are not toys.”
“Avoid careless use or misuse of airsoft guns.”
“Adult Supervision is required in case of kids.”
“Read User Manual Carefully.”

If these guns are just replica guns, then why do people recommend the airsofters to practice the above mentioned precautionary measures. This leads us to draw the conclusion that cheap airsoft guns can prove to be harmful and dangerous as well.

Despite the fact that these replica guns lack the presence of gunpowder and shoot BBs which are made up of plastic instead of real bullets, they are still not completely safe and it is better to take some safety measures while using these guns.

Let me debate more on this point by sharing a story with you.

Christopher along with his six friends was competing against the red team in a Team Deathmatch. They were playing at a clearing not far from their homes and the match was at the peak of tension at the moment.

The read team was quite aggressive today and had shot down four members of Christopher’s team already.

Christopher and his one other teammate were still alive(in game’s terms) and now it was their responsibility to shoot down each member of the red team in order to win.

Christopher always practiced airsoft safety precautions but now he was so tensed to win that he completely ignored everything and just had his eyes on his goal which was to win by hook or by crook.

He took off the safety jacket he was wearing because the weight of it was slowing him down and he also took off his safety goggles so he can focus more and play more efficiently. But what he didn’t know was that he was compromising his personal safety by doing this.

He risked his safety for the first time and paid the consequences.

Let us say that it wasn't his day; soon after Christopher took off and threw away his safety gear, he was attacked by a member of the red team who was shot at Christopher with his electric powered fully automatic airsoft rifles.

Something went wrong with his gun and it didn’t stop shooting BBs even when its user took off his hands from the trigger. It was a high-velocity airsoft gun of tremendous FPS and the continuous shots hit Christopher right in his eye and he instantly began to bleed out.

Now, you must have a good idea of the mistakes Christopher and the other players made but let us point them out.

The Risks of Using Airsoft Guns

The third factor of them being harmful is the area where they strike. If they hit on areas of the body which are sensitive i.e. eyes and mouth, these BBs can cause some serious injuries. This is why it is recommended to wear protective gear while using airsoft guns.

For example, without the presence of safety goggles to protect the eyes, the BB can hit the eye and can cause an eye injury.

If these projectiles hit the eye, they can cause the blood to pool in the eye, they can also cause scratches and can even cause blindness and dislocation of the lens. Therefore, it is recommended to always wear safety goggles while using cheap electric airsoft guns.

There are a few other precautionary measures as well which people must practice in order to stay safe. Let us have a look.

1- Pointing Muzzle in the Right Direction

Rehearsing great control of positioning the muzzle of the gun will keep others from being harmed and will also keep you safe.

2- Unload the Gun When Not in Use

Keep the gun loaded till it is in use. When you leave the field even for just a little while, unload the gun by launching the magazine and shooting a few shots at the ground to clear the firearm.

3- Don’t be Too Optimistic

Optimism is generally preferred but why not here? It is because being too optimistic will make you overlook the risky factors of keeping guns loaded.

Therefore, keep the guns unloaded and do not be careless as electric powered and mechanical, both types of replica guns are capable of discharging accidentally. Continuously treat your airsoft weapon as though it is stacked and prepared to discharge.

Make sure to practice Rule number one when your firearm is stacked or emptied.

4- Focus on Your Target And Beyond

Focusing on the target is essential but did anybody ever tell you that focusing on what is behind the target is also necessary? You must focus on what lies behind your target because there is a big chance that you may hit that if you miss your shot.

So, play with a combat zone mind.

5- Make use of Good Quality BBs

Shabby BBs have been known to break on effect, bringing about pieces of plastic flying everywhere. Making use of good quality BBs is more secure for you, your team players, and your airsoft gun.

In the event that your airsoft firearm neglects to work as it ought to and you can't get the issue right in-game, empty the mag, attempt to clear the weapon or unplug its battery and utilize another weapon if you have an extra one.

If you do not have protective gear to wear, then do not play airsoft. Safety gear for face and eye are imperative for your safety. All you have to do is purchase a couple of economical goggles for $15 and a $10 face mask usually made up of metal and you are ready to go.

8- Clean the Barrel of your airsoft gun

After each airsoft game, clear your airsoft guns by taking the mag out so that any projectiles which are still stuck in there. This will prevent any BB to accidentally fly out when you start using the gun.

It will also keep the gun properly working as well. When you return home from your game, clean the barrel from inside.

9- Do not Mess With Airsoft Guns Without Experience:

If you ever want to mess up with any of your cheap airsoft guns i.e. changing its parts and you are not properly trained on it, then I will recommend you to not do it as it can result in something bad and things can go awry.

Go to someone who is properly trained on it or get some tips from Google for doing it properly.

Learning the working mechanism of airsoft guns is a plus for an airsofter and this knowledge is bound to come in handy one way or the other. It helps you to understand the reason for malfunctioning if a gun ever does that and even helps you in repairing your gun.

It also helps in properly taking care of your replica gun. If you are on the field playing airsoft, then this knowledge will help you deal with your gun properly even there.

So, now that you know about the risk factors of airsoft guns and how you can address them, I will strongly recommend that you follow the above mentioned safety measures of buying cheap airsoft guns. 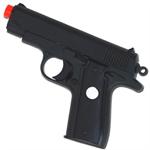 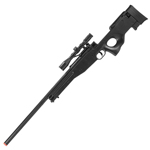 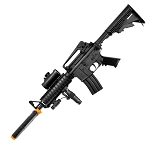 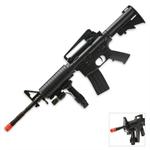 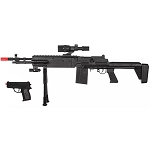 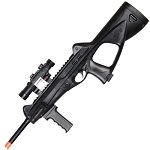 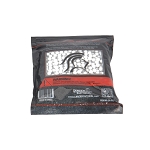