How to Make a Ninja Star Using a Paper? 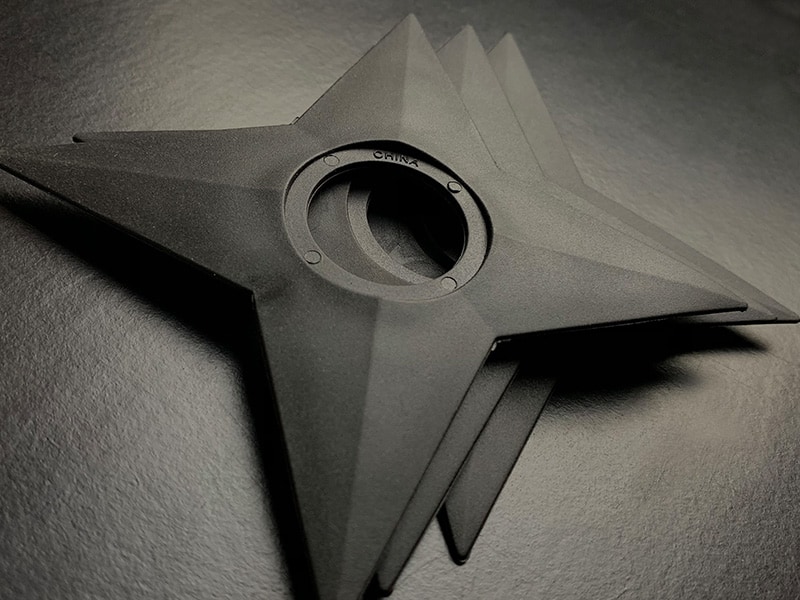 But, that was a long time ago. Today, ninja star is not a tactical fighting weapon. It has become a cosplay weapon, a collectible or a thing to have fun with.
It is a popular thing among young boys and girls who love to play with such interesting things.
If you are a fan of ninja star, you don’t have to purchase them anymore. Rather, you can now make your own.
There is an easy method to make a ninja star. You can make them using a paper, cardboard or any other material. By the way, paper is the best material to make your stars.
Today, we have come up with step by step guide on how to make a ninja star. So, let’s get on with the guide:

To make a ninja star, the first and the basic thing is to get the material you need for making it. You can take a couple of pieces of paper first. Then, cut them in a square, both of them.
You can take any paper, but a construction paper or printer paper are better options. However, make sure that they are thicker enough so that they don’t tear off when you are folding them.
So, a 6 inch construction paper is the best in this regard. Also, try to take two different colors for papers. You can take a white paper and a red paper. That will look perfect!

Now, it is time to fold the papers. Make sure both pieces of paper are cut perfectly in a square. At first, fold the top of both papers down. Repeat the process again or fold the already folded papers again.
Firstly, you folded the papers vertically, now fold both of them in a horizontal manner. First fold them and then unfold them. A sign of them being folded must be there on both pieces of paper.

Fold Up and Fold Down

Now come to the corners. You have to fold each corner of the papers. Fold the upper corners in a way that it connects to its front corner and makes a triangle.
Follow this process for all four corners of both pieces of paper.  Then, fold the triangles of the right side paper once more to connect them.

Now, you have to orient the papers. Place the red colored paper that is on the right side over the white colored paper.

Tuck in the Papers and Flip Over

Your Ninja Stars are Ready!

Once all the tucking in is done, your ninja stars are ready. This is the simplest way to make a ninja star.
You can make as many as you want, but try taking different colors of papers so that they look colorful and gorgeous.
We hope to have disclosed the best and the easiest way to make a ninja star using a paper. Still, if you are confused about any step in the making process, feel free to ask your questions in the comment section below. We are ready to assist!
Blog Home
Categories
Recent Posts
Archives
SHOW SIDEBAR