The Ninjas were one of the smartest and clever people to ever set foot on planet Earth. They used to live in Japan somewhere around the 12th century. They lived on the island of Honshu that was known as Japan’s biggest Island at the time.

Their civilization was situated in between the famous mountains of Iga and Koga. The Ninjas were not rich and civilized, rather they poor peasants who used to always play tricks on other people.

However, these people were very intelligent as well and quite witty and that is how they invented one of the smartest weapons of all times known as the Ninja weapons.

The Ninjas were fierce warriors and most of them were indulged in martial arts. They used to start training themselves on their weapons since childhood and by the time they entered adulthood, they were experts in using them efficiently.

There were different Ninja weapons and among them Ninja swords, firearms, staffs, blowguns, and shurikens were the most famous and frequently used. Their weapons were the reflection of who they were and the Ninjas were very cunning and clever.

These weapons were so effective and the Ninjas used to use these deadly weapons to kill, silence, elude, wound, trap or trick an enemy.

The Ninjas had awesome and most fascinating skills and talent. The mysterious world of these shadow warriors still compels so many of us towards it. So, if you are a Ninja fan, then would you like to have a trip of this amazing world of the Ninjas?

If yes, then let us move forward and have a look at the most famous Ninja weapons.

The Ninja swords are by far the most common and most famous Ninja weapon. It was the primary weapon of the Ninjas and they always used to carry these swords with them.

The Ninja swords had some distinguishing features as well. It features a straight blade and a square guard. The quality of the blade was not that good but it was decent enough to perform effectively.

Moreover, these straight swords had big guards designed in a square shape and even this shape had a particular function to perform.

This particular design helped the Ninjas in performing lots of other tasks as well apart from using them in battlefields. These swords were used by Ninjas to climb walls.

What they used to do was place their swords in a vertical position against the wall and then place one foot on the square guard and then lift themselves up the wall and to the roof.

Another use of the Ninja swords was to trap the enemy. For example, to catch an enemy the Ninja warrior would enter a dark room and would then place the sword in front of him so that it stabs any person who would come near it.

The basic and main purpose of the Ninja swords was to stab and kill the enemy real quick and that is how they were designed as well i.e. to stab and thrust. 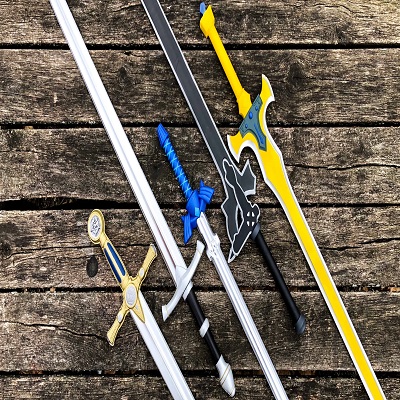 The Ninja throwing stars are also known as Shurikens and the Ninjas used to keep these with them at all times. These Ninja weapons were used to mainly trick the enemy instead of killing them.

The Ninja throwing stars were mostly star-shaped and that is why they were named so but they are also available in so many types and designs nowadays.

The most famous ones are the:

The shurikens were used by the Ninjas for self-defense mainly. They were shaped like small knives or nails and were used to trick the enemies or evade them to secure safe passage.

The Ninja stars were not usually deadly or lethal but sometimes the Ninjas used to apply poison on them and then the shuriken surely turned into a deadly weapon and would kill anyone who would be hit by it. It used to become a powerful weapon because of the poison. 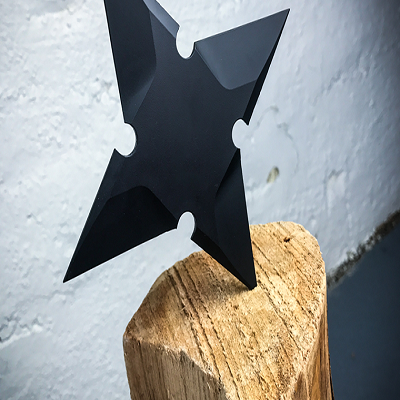 Kunai is another famous weapon among all Ninja weapons. It is actually a throwing weapon and is still used extensively in the throwing sports. You can say in simple words that they were the short-sized versions of the long spears.

Are you wondering why is that so? It is because of the reason that the Kunai are basically, sticks having a spear-shaped end and a small ring type stricture on the other end.

They were thrown at the enemies and the razor-sharp spear shaped ends would strike the enemy and would kill him in no time. Kunais are fully constructed of steel and were shaped like wedges. 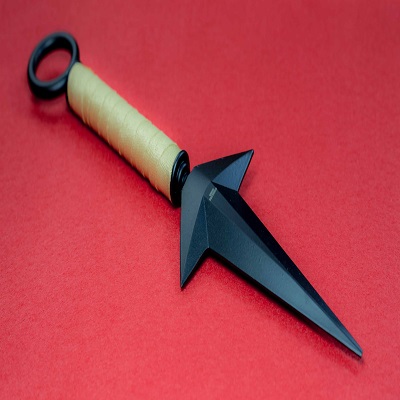 So, that’s how weighted a Kunai is. Kunai should be perfectly balanced as they have to be thrown into the air and therefore, proper attention is given to their weight, design, and construction so that they can flow easily through the air and hit the target squarely and precisely.

Apart from killing the enemies, the Ninjas used the Kunai for so many other purposes as well. First of all, they would use a Kunai to break a fence to enter a building or a castle secretly and stealthily. Then a Kunai was also used to make holes in the walls so that the wall could be climbed by putting feet in the holes.

If the wall was thin enough, then the Kunai was also used to take down the wall altogether. Even the ring at the end of the Kunai had a special purpose. It was used to reach high places. Are you wondering how?

Well, the Ninjas used to tie a rope with the Kunai by passing it through the hole of it. Then the Kunai would be thrown on a tree or at the top of the wall i.e. on the roof to climb up to that high place. Kunai had a razor-sharp end and that is why it was also used to dig holes in the ground. 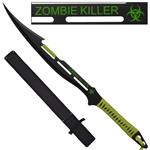 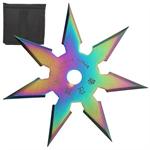 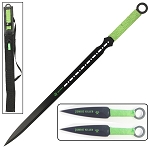