Smart & Advantageous Variations of Stun Guns for Self Defense

If you are asked which is the best self defense weapon, what would you reply? 90 out of 100 times, it is the stun gun. It is no longer a debate though because people have come around stun gun as the most effective weapon for self defense.
It is indeed a fact that stun gun is pretty effective in a self defense situation. It has a superb working mechanism which ensures the survival of the user against the attackers.
Stun gun is a useful option for both men and women. It is usually small and extremely easy to carry. Men can carry it in their pockets while women can carry it in their purses.
What makes it so effective is its working mechanism. Generally, a stun gun features two prongs on the device. These two prongs are responsible for delivering the electrical shock.
You need to touch the prongs on the device to the body of the attacker to deliver a powerful electrical shock. All this happens so quickly. As you touch the prongs to the body, a shock is given straight away.
And the good thing about this device is that it is non lethal. It does not inflict long term injuries. All it does is immobilize the attacker for quite some time. He can recover after some time and get back on his feet.
However, the electrical shock is severe enough to immobilize him. It cause temporary pain, but not any injury.
What people like the most about stun gun is the plenty of variations and designs that they can choose from.
In this article, we shall explore different variations of stun guns available in the market and figure out which is the most mind blowing among them!

Stun gun baton is one of the recent variations of stun gun that have become extremely popular. The advantage of this variation is that it incorporates two weapons.
It is basically a combination of two weapons, an electroshock device and a baton. And you have the privilege to use either one of them or both at the same time.
People tend to use a baton for self defense because it is a lethal weapon. Men, in particular, like to use lethal weapons for self defense.
So, this variation is perfect for both men and women. It is lethal and non lethal at the same time. Since you have both options, it is up to you to use the lethal or non lethal weapon.
It is shaped like a baton, but it is not that heavy or massive baton. It is a small baton that features two prongs which work to deliver the electrical shock.
It is a rechargeable baton which is also known as stun baton. In a self defense situation, it is an ideal weapon to have.
You can first use the baton to injure the attacker and then use the stun gun to deliver an electrical shock and immobilize him.
The only issue with the stun baton is that it is slightly larger and it does not fit into the pocket. But, it is a very effective weapon to deal with the attackers.

The name reflects this variation of stun gun. It is like any other electroshock device but it features an additional flashlight.
Most of the stun guns today feature a flashlight, but not all of them. There is either an additional flashlight given in the device or it is shaped like a torch or flashlight.
This is another fantastic weapon for facing the attackers, specifically at midnight when it is dark outside.
You know many attacks take place in the dark. The attackers use darkness to their advantage. People can’t see attackers coming towards them and hence they are easily victimized by them.
So, you need a weapon like a flashlight stun gun if you are a late night traveler. Many of us work in the night shift and hence we get back home when it’s very dark outside.
The advantage of this weapon is that you can use flashlight stun gun to your advantage.
When you are heading towards home, make sure you turn the flashlight on and enlighten your path. You would be able to see any attacker coming towards you from a distance.
And the prongs are there for your assistance. Touch them to the body of the attacker and deliver a powerful electrical shock.

Lipstick stun gun is generally considered a weapon for women, but men can also use it.
The reason why it is a weapon associated with women is because it looks like a cosmetic. It is shaped like a lipstick. But, it just looks like it, it is not really a lipstick.
If you try to twist it’s tube, no lipstick appears from the other end. So, it is not a cosmetic, but the idea is great!
The attackers would think that it is just a lipstick that would do them no harm, and this is where you can surprise them. Shock them with your lipstick!
Any self defense weapon you use, the ultimate aim is to survive. So, you can do anything to ensure your survival. In this case, you can use a lipstick to immobilize the attacker and then escape to save your life.
The greatest benefit of lipstick stun gun is that it can be carried quite easily. Women can carry it in their purse along with other cosmetics.
On the other hand, if men are eager to carry this device, they can place it in their pockets. It’s great for men though unless you feel uncomfortable carrying a cosmetic.

Like a lipstick stun gun, this is another variation that can be kept secretly. It is another weapon that attackers cannot detect, and hence you can surprise them.
As the name suggests, it is a cell phone stun gun, but there is a stun gun attached to it. It looks like a real phone, and no one can figure out if it is an electroshock weapon.
There are several designs available in the market, but iStun is the best. It looks like a real iPhone, and with a naked eye, no one can identify.
If you carry it in your pocket, this would be like carrying an original smartphone. The size, weight and appearance, all are identical to real mobile phones.
When an attacker tries to attack you, pull it out and give a powerful electrical shock. The attacker won;t have any idea what’s coming. So, why not surprise him with a shock delivered by a cell phone!

Mini stun gun is the smallest weapon ever constructed. This is a smart self defense weapon for both men and women.
As the name reflects, it is an extremely small device of any shape. This device has no particular shape. Rather, it can have any shape, or design.
But the common thing is the size. It has to be so small that it fits into the pocket quite easily. So, those who like small and powerful devices should use this as their weapon to deal with the attackers.
Though it is small, it still has the power to immobilize the attacker and ensure your survival.

Ring stun gun is another extremely small self defense weapon. It can be worn around any finger. As the name suggests, it is a ring, but a very dangerous ring.
This ring has prongs on it which can deliver a powerful shock if touched to the body of the attacker. The prongs on the part of the ring which is facing away from your fingers.
This is a very effective way of battling the attackers. You can wear the ring and then punch the attacker to deliver the electrical shock. If not, touch the prongs to any part of his body.

Knuckle stun gun is pretty similar to ring stun gun. It is also quite small but larger than a ring. There are knuckles featured on this device. Hence, you can use both knuckles and the prongs to fight the attackers.
There are a couple of knuckles that are made like spikes. These spikes can inflict severe injuries. So, you can use them to punch the attacker in his face.
If you are not a fan of lethal self defense weapons, you can use its ability to stun the attacker i-e deliver electrical shock!

So, which of these stun guns blew your mind? We hope, all of them. These are all amazing variations of this device that come handy in a self defense situation.
Anyways, in your opinion, which is the most effective design of stun gun? Let us know your opinion in our comment section below! 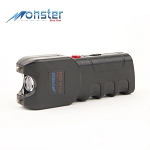 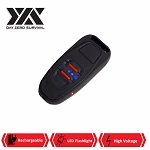 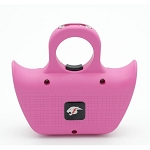 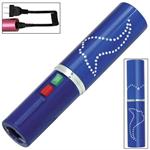 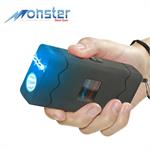 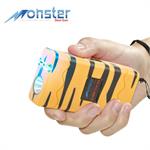 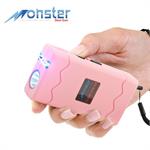 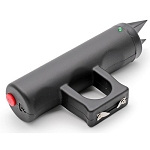 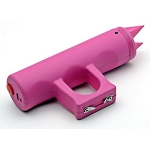 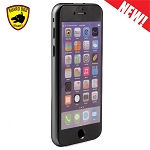 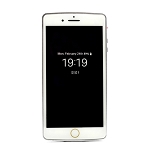