Knuckle Duster Knife: One of the Best Trench Knives

Do you know about a knuckle duster knife? Brass knuckle knives are considered to be quite cool because of their unique design and structure. People may not use them quite often now in their routine lives but sometime in history, they used to be quite famous and popular. People only use brass knuckle knives nowadays for collection or display purposes but the early people used them as close ranged weapons. Knuckle Duster knife can come in handy in many situations and can prove to be convenient and useful as well. Some people that say that the knuckle duster knives were originated during World War 1 but that is just not true. If you give a close look at the history and dig through historical journals and articles, then you will get to know that the origin of these knives lies with the Romans and Greeks and not with World War 1. Let us have a look at the origins and history of these knives. 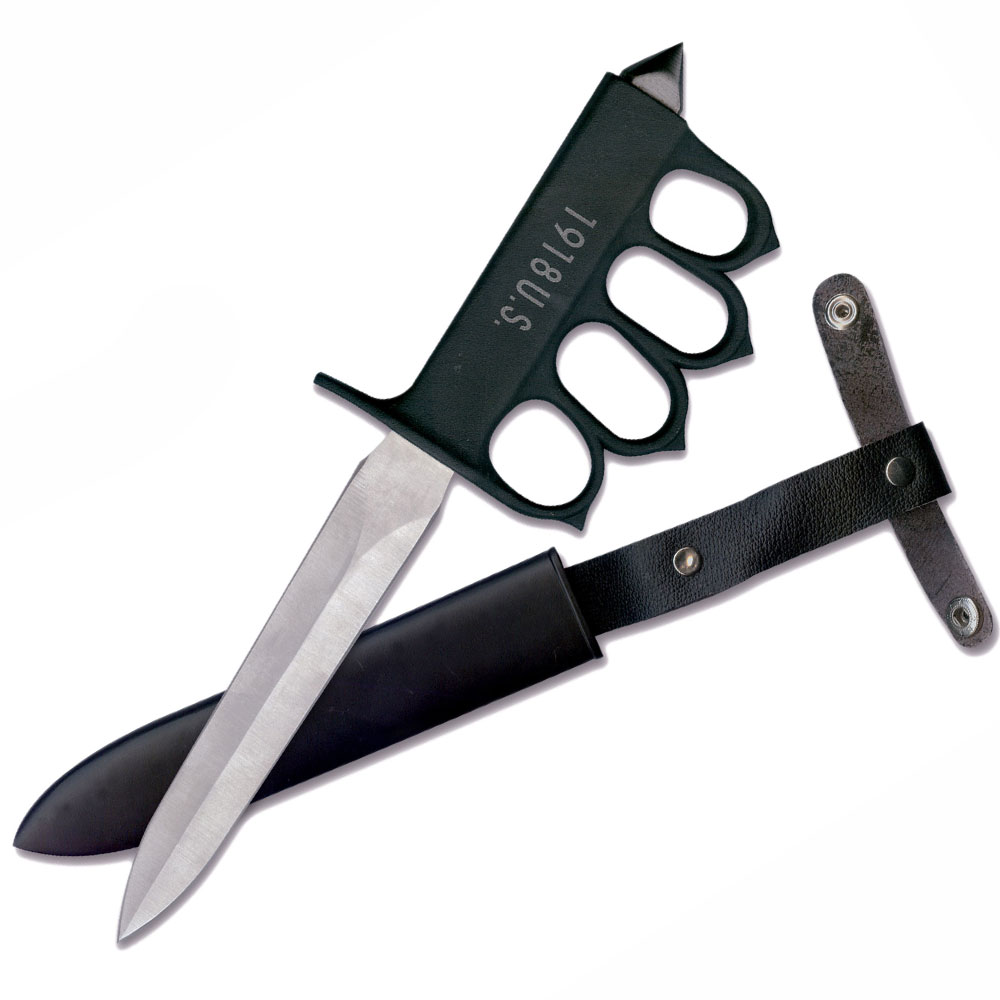 The Origin and History of Knuckle Duster Knives

The Romans and the Greeks Period

Reading the books on history gives you a great deal of information on the historical artifacts and a knuckle duster knife is one of them. If you go through the history of the Roman empire, then you will get to know that the design of a brass knuckle knife was inspired from the glove that was the possession of the Roman Gladiators. This glove was known by the name of “caestus”. These gloves were used by the gladiators of Rome to protect themselves or should we say their hands from injuries and pain whenever they took part in battles, fights, and combats. It was made up of metal and was shaped around the knuckles of the hand. The basic purpose of these gloves was the same as that of brass knuckles. These gloves were also used to minimize injury and the level of pain to the holder in combat, fight or battle and was also used to maximize the power of his punch. They looked like normal gloves but were no ordinary gloves.

There were many different types of these gloves available at that time and afterward that time as well. There was no particular design of the caestus. However, one of the most basic design was to tie little straps of leather material around the hand to protect the hand from injuries and to increase the impact of the punch of such hand. Later on, with advancement, the idea turned into a better version of this leather glove so people started attaching metal balls to the leather straps so that maximum injury could be inflicted to the victim. Some of these leather straps also had nails attached to them which proved to be deadly in some scenarios and from all this arose the brass knuckles made up of metal that are used nowadays by people and which people use both as a self-defense weapon and as a weapon as well. A knuckle duster knife also makes use of the same concept. The brass knuckles that people keep nowadays are pieces of metal that are designed like knuckles. These pieces of metal shape themselves around the knuckles of a hand when worn on them. Some of these knuckles come with two finger holes, some of them come with three finger holes and some of them even come with four finger holes. These brass knuckles sometimes come as made up of metal, sometimes made up of plastic, sometimes made up of foam and sometimes made up of rubber as well. The knuckles made up of metal are the most dangerous among all and they are capable of inflicting a huge amount of injuries and pain to the victim. For example, they are capable of causing major and minor injuries i.e. bleeding, concussions, broken bones, wounds, immense pain, bruises and, sometimes death as well.

Apart from personal defense, knuckles were also secretly used by some boxers. However, the artificial knucks of the boxers, also known as "sap gloves", were in fact, lead bars or lead powder filled leather gloves. The boxers using these gloves held a significant advantage over their rival. Subsequently, they won the matches via foul play. Modern boxing requires boxing gloves that are designed with the intention to ‘wrap' the fighters' fists by exhibiting lesser body harm to both. In contrast to the modern boxing glove, the "caestus" were made with the intention of inflicting more injury than which could be caused by a normal fist.

The Japanese weapon of martial arts "Tekko" is also a similar weapon to the modern brass knuckles. These weapons are still used in Japan today with regard to martial arts training. The material of ‘Tekkos' varies from wood to steel and metal. Traditionally, this was meant to be a concealable self-defense weapon used by the non-Samurais who were originally forbidden to carry any kind of weapon with them. An important point to note is that the original version of Tekko was a horseshoe which did not require much explanation when a peasant was caught carrying one with him. Usually, Japanese farmers used to hold one horseshoe in one of their hands during the time of feudal Japan where a conflict could arise anytime anywhere. Today's modern shape of ‘Tekko' was required after it had undergone numerous changing throughout Japanese history.

The knuckle duster knife gained much popularity during World War 1 and proved to be very effective as well. It was the time of the trench war systems and numerous trenches were dug which ran up to thousands of miles. During this war, the Germans attacked Belgium and France and in order to prevent the enemy from getting onto the territory, these trenches were dug. The trenches led to close quarter combats which required the use of some effective close quarter combats. The knuckle duster knife was designed and was given to soldiers. It was cheap and easily accessible as compared to firearms which were not available to everyone at that time. The knuckle duster knife has brass knuckles attached to ts handle which provided a comfortable and secure grip and also inflicted the maximum injury by going deep into the victim’s body. Also, the knuckle part of a knuckle duster knife could also be used a weapon to throw punches and it kept the holder’s hand safe from unnecessary wounds and injuries.

Without a doubt, brass knuckles have a rather bloody and gruesome past that takes us back to the Roman era of gladiators and Spartans. Brass knuckles are deemed as the most effective weapons of self-defense not only in the United States and the European continent but, also in other parts of the world. Apart from their bloody and gory reputation brass knuckles have a milder side to their personality as well; they also serve as brass knuckles paperweight, knuckle duster knife, belt buckles, jewelry, and even bottle openers. These items are still hot in the market despite their long history, and people buy this metal piece either for making a statement or for carrying them in a concealed form so that they can be used as a form of a self-defense weapon. People who share a similar interest in medieval weaponry they find these unified metal pieces to be a great conversation piece. Research has shown that brass knuckles paperweight can serve as the perfect icebreaker.

The trick with real brass knuckles is to know how to wear them first. The brass knuckle effect relies on the force of the palm and not the fingers. Therefore, ensure to maintain a firm grip on the knuckles while delivering the perfect punch which will definitely knock out a potential attacker. The act of throwing punches while wearing brass knuckles require a different strategy than the act of throwing boxing punches. You have to master the art of brass knuckles effect first before you take this weapon out in the streets and rely on it for your personal safety. 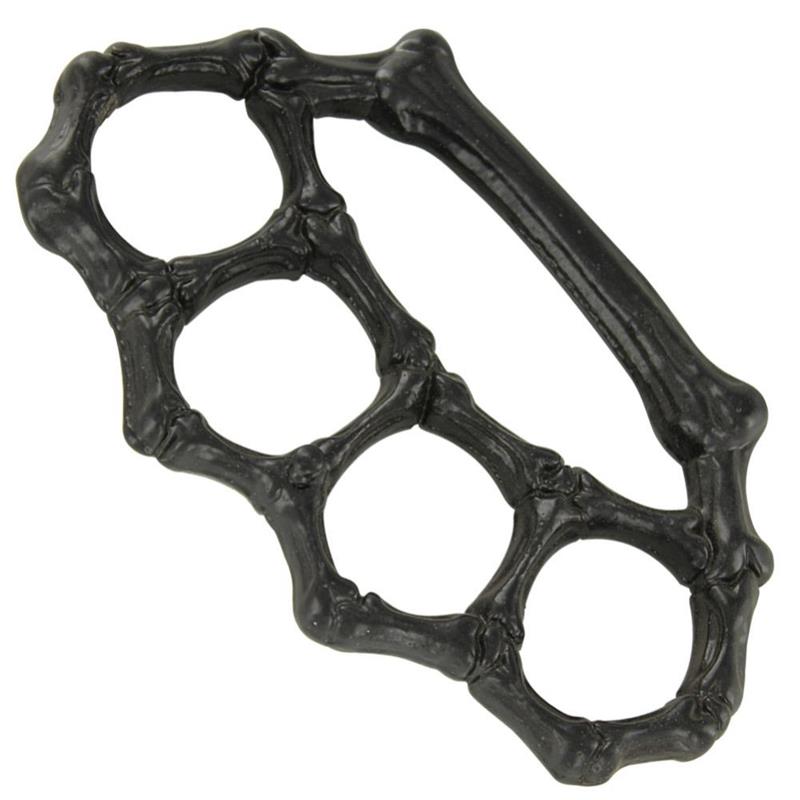 I was saying that these knuckledusters are excellent weapons of personal defense. They don't require much effort; one single punch can also suffice in having the matter settled down in no time. All you got to do is learn a couple of cool punches. While you are at it make sure to keep the punching wrist straight while you keep the striking arm at a curved angle. You ought to make sure that you impart damage to your potential attacker alone while keeping your wrist and finger safe and unbroken. Believe me, these amazing knuckles don't only look good in fighting movies, they are better in real life too. What are you waiting for? Just already get yourself going and look for your amazing set of real brass knuckles for sale. Carry your contingency plan in your pockets all the time and if needed, make your attacker feel the power of your mighty punch. 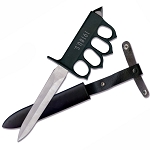 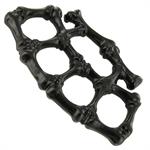