Most Popular Ninja Weapons for Sale Under $20

Ninja weapons were invented and actually used so many years ago from today but that doesn’t mean that they are not available now. There are so many Ninja weapons for sale available today that can be used as close ranged weapons and as long ranged weapons as well. These weapons were the creations of the Ninjas who were one of the smartest people of this whole world. A Ninja is also known as a Shinobi which means “a spy” in Japanese. A Ninja was well skilled in the Ninjutsu techniques and skills and was more of a spy than a warrior. Their cunning nature and smart weapons made being a spy, a second nature to them. With these ninjutsu skills, the Ninja would sneak everywhere especially into the enemy’s territory and would rob, steal plans or even assassinate.

This silent nature of the Ninjas as spies also made them known as “the shadow warriors” throughout the world. However, this was not something of honor rather the Ninjas were known to be disgraceful by the elite Samurais who were mostly military people and lived and died for their honor. They were known for their valor, strict rules, and moral values and this was the reason that they were not a fan of the Ninjas. The Samurais followed the Bushido code and served the elites of the Japanese society, however, the Ninjas used to follow the Ninpo code and were mostly found spying and stealing alone rather than killing.

But still, they had some super-awesome and smart weapons to help them out in tricking the enemies or killing the enemy. However, no matter whatever moral characters the Ninjas had, their weapons are still famous throughout the world because of their smart design, beautiful construction, and effectiveness. People may not buy Ninja weapons for sale nowadays to use them in battles and combats but they definitely buy them for collection purposes or for display purposes. A Ninja warrior always had some weapons at his arsenal which he used to trick, catch, steal from, evade or kill an enemy. The most popular Ninja weapons for sale range from the iconic Ninja swords, the cunning shurikens, the smart Nunchucks, the pointed Kunai knives to so many others. Let us have a look at some of them.

There are so many different types of Ninja weapons. Some are more popular than others, however, we will be discussing only a few popular ones today which the Ninja warriors used to carry with them at all times. The most popular weapon among all Ninja weapons for sale is the Ninja sword.

The Ninja swords, as I said above are one of the most common types of Ninja weapons for sale which people buy even today. The Ninja sword was the primary weapon of every Ninja warrior and they would carry them everywhere with them. The Ninja sword is known for a few features that sets it apart from other swords. The first and foremost difference lies in its blade which is a straight blade. The Ninja sword mostly features a square guard so that it could be gripped properly and it also had a few uses as well. The Ninjas would use these swords to climb walls by placing the sword in a vertical position against the wall and then setting one foot on the guard to climb with the other foot. Other than this, they also used their swords to stab the enemy and capture him when he was hiding in a dark room. The Ninja sword was used mainly to stab and thrust because of its very straight blade. 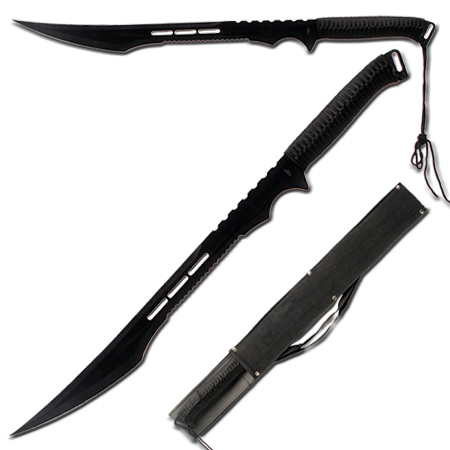 The Ninja Tanto blade sword comes in a totally black color having a glossy black finish on its blade and on its handle as well. It looks like the weapon of a true shadow warrior and goes well with the dress code of the Ninjas - complete black from head to toe and hooded. These Ninja swords for sale also comes with shoulder straps so that they can be worn around the back and can be carried around easily. It also helped the Ninjas in the past when they had to go on missions and needed their hands to move stealthily. The overall length of this sword is a good twenty-six inches and it features full stainless steel construction. However, the handle of the sword is wrapped with black nylon to provide a comfortable grip to the holder.

What do you think of a sword in blue color? I don’t know about you but when I saw this one, I found it absolutely breathtaking. This sword comes with a blue and black finished bade. When we take a deeper look, we see that the base color of this sword is a deep blue, however, it has a groove running down the length of it that is painted in matte black color. Furthermore, different cylindrical and circular incisions are made into it giving the sword a very unique and fascinating touch. The blade of the sword in straight and slim. The overall length of these Ninja swords for sale is 28 inches and the construction is of stainless steel. The handle of this Ninja sword is wrapped with a black cord for a nice grip and ends up on a black ring. This sword also comes with a sheath made up of nylon so that the sword can be carried around easily and safely as well. The best thing about this particular sword? It comes in a combo pack with two Kunai knives designed mostly like the sword and used for throwing purposes. 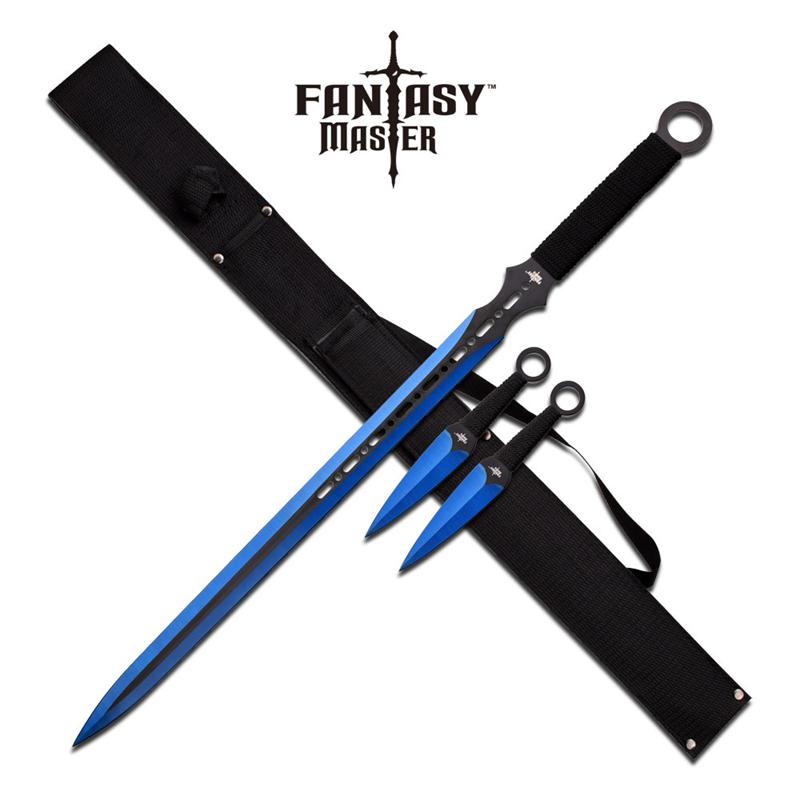 The Zombie Slayer Apocalypse is a Ninja sword that looks quite deadly and gives you a chill down the spine when you look at it. It comes in colors of red and black and gives off an cold and dark aura just because of its design, construction and of course the colors. The Zombie Slayer Ninja swords for sale feature full tang blades which mean that they are very durable and are not like those swords whose blade split into half just with minimal use. This solid and deadly piece is fully constructed of stainless steel and heated to enough to get a black anodized baked finish. The overall length of this sword is 27 inches and the length of the blade alone is seventeen inches.

The handle length is seven point five inches and it is wrapped with a red nylon cord which gives it a stylish look. There us a imprint of the Zombie Slayer Recovery Crew on the blade in a neon green color and also has a biohazard symbol which simply states that this sword can only be used for zombie killing. The blade of this sword is so superbly designed having wicket cutouts and serrations which resemble teeth to get into your skin as soon as you come near it. The sharp-edged blade ends up on a piercing point that pierces through the toughest of materials. These Ninja swords for sale come with nylon sheath of black color and has an adjustable shoulder strap and a velcro strap as well. 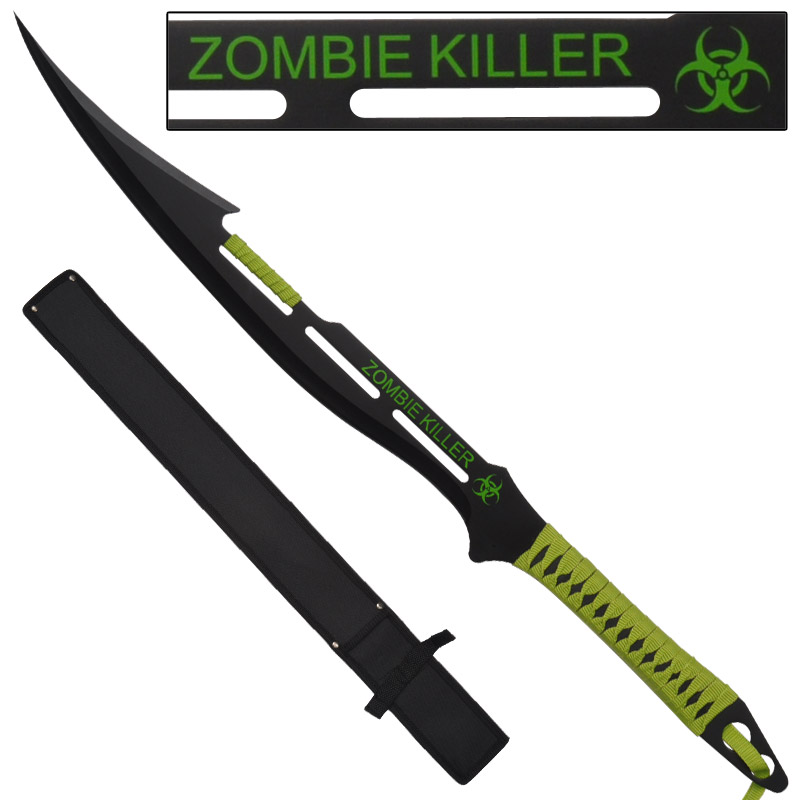 Ninja stars are also known as throwing stars and Shurikens in Japanese culture. All Ninjas even the children used to carry shurikens with them as their main purpose was to play tricks on others. They hardly killed anyone until and unless they were sharp enough or they had been poisoned. The Ninjas used this technique to kill enemies from a long distance, however, the targeting and throwing skills of a person should be awesome to use Ninja stars. The most basic shurikens had a star-shaped design, however, many different varieties of these Ninja weapons for sale are found today. The most common ones are known as the Hira Shuriken, the Naginata shuriken or the Bo shuriken. The Ninja stars were used by the Ninjas for their own defense and they would evade their enemies with the help of Shurikens. 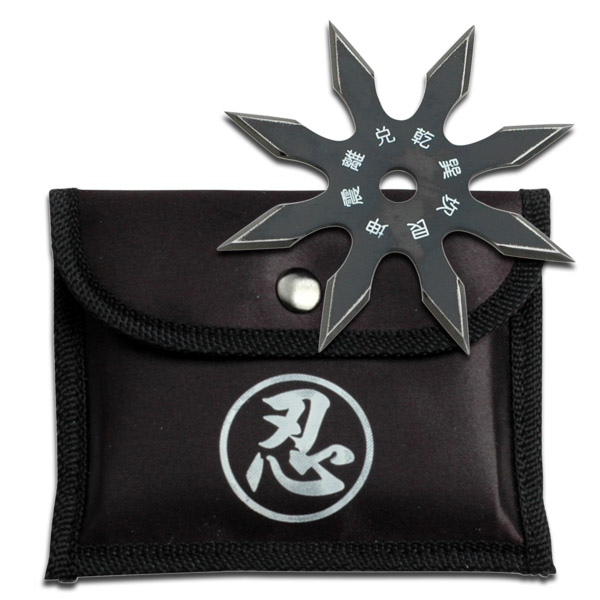 This four-pack Ninja throwing star set contains four types of throwing stars. All of them are made up of two to one and a half inches in diameter and have a stainless steel construction. They come in two tones of silver and black which looks absolutely stunning and give a flashy touch to them when they are thrown into the air. Two of them have four edges, one has five edges and the fourth one has six edges. All of them are designed differently so you get quite a variety with this assorted pack. They are sharp-edged but these Ninja weapons for sale are very durable as well. 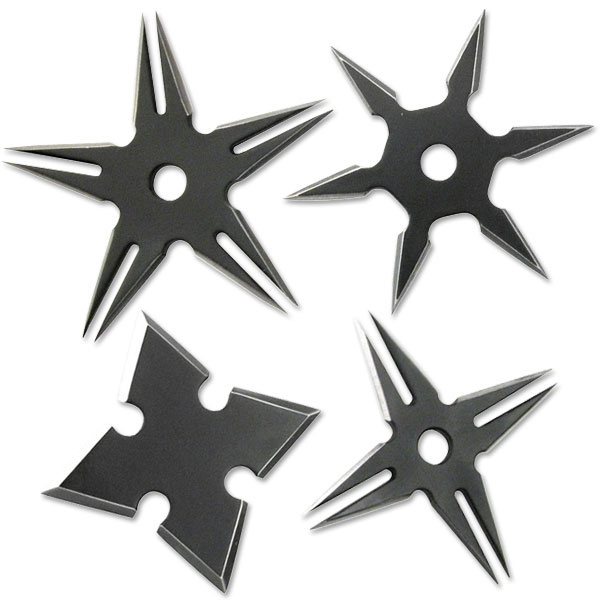 The Zombie Genocide throwing stars consists of three shurikens that come in black color. These throwing stars feature seven points and that are honed to razor sharp edges and piercing points. The are crafted out of heavy and top quality stainless steel and have a black finish on them with a biohazard symbol of green color right in the center of each one of them. The length of the blade is one inch and its overall diameter is four inches. The three stars come in pitch black color which gives them a very stunning look. Also, these Ninja weapons for sale come with a pouch made up of nylon with belt loop so they can be tucked safely in this pouch and carried around easily. 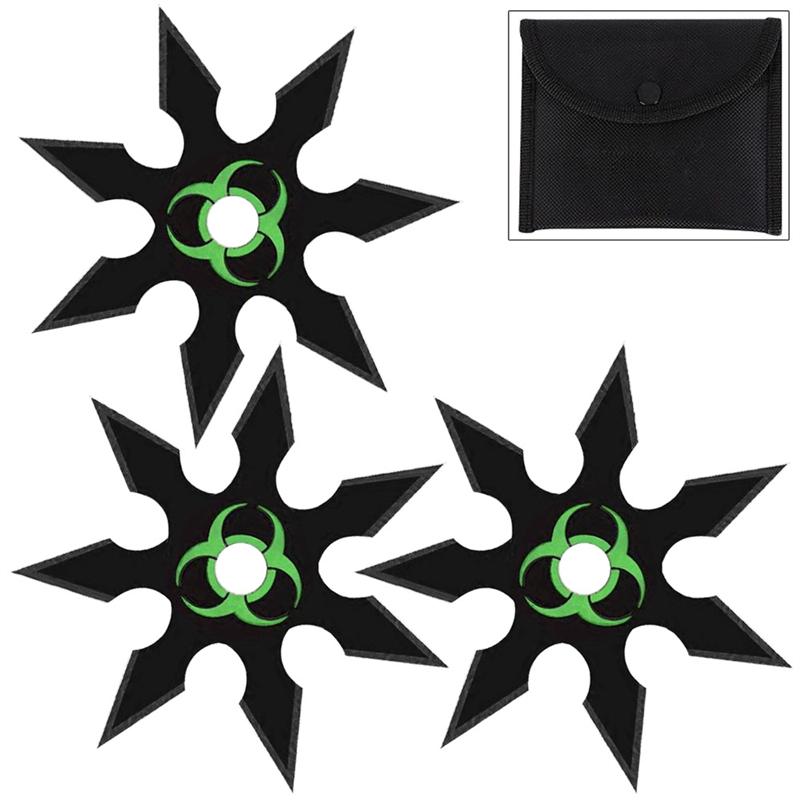 Nunchucks are one of the smartest inventions of feudal Japan and they are also known to be associated with the Ninjas. Nunchucks are actually designed like rods made up of metal and wood and connected to each other via a metallic chain. These Ninja weapons for sale are available in stores and are used mostly by martial artists especially in karate.

The Dragon Blue Nunchucks come are foam padded ones which means that they are designed specifically to be used in LARP(Live Action Role Play), cosplay events or for the use of children. Also, the beginners can use these Nunchucks so injuries can be minimized and the user na those around him/her stay safe because Nunchucks injuries are known to be quite dangerous. This particular item comes in a beautiful blue color with a dragon etched on it in golden. The dragon can be seen emitting a fireball and it looks absolutely breathtaking. As, these Nunchucks are made up of foam and not of metal and wood, so you can maneuver or swing it the way you want without having to worry about getting injured. It has a total length of 12 inches and a chain length of 9 inches. 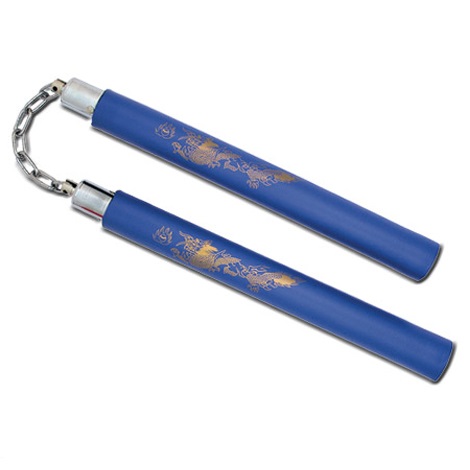 Ninja weapons for sale are widely available in stores nowadays all over the world at very reasonable rates. People are a huge fan of them and buy the latest Ninja weapons that come to the market with zeal and enthusiasm. Are you among those die-heart fans of the Ninja weapons as well? 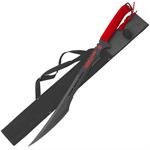 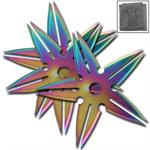 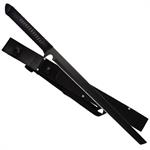 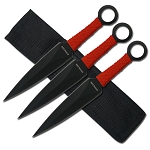