Since real firearms are dangerous and illegal to own, the best alternative to them is the blank guns.
Blank firing guns are almost the real guns. Except the bullets, they are real guns. They look like real and shoot like real guns, but they don’t fire bullets.
You can say that these guns don’t have bullets, but they do fire. Today, we are back with a few realistic blank guns that will give you a real shooting experience.
However, before we explore the features of those guns, it is necessary to describe these guns in detail.

What are Blank Guns?

Ignore the bullets, focus on the shooting mechanism, blank guns would feel like real guns. Apart from bullets, the parts, firing mechanism, and the sound are real.
These guns are basically ideal for those who want to experience real shooting in a safe manner.
Blank firing guns use brass or metal shells, and are usually loaded with primer or gunpowder. However, a bullet is not there.
The most significant things include the firing mechanism and the sound that are very real. This is enough to make it effective for training soldiers and police personnel, and to enjoy the thrill of shooting. 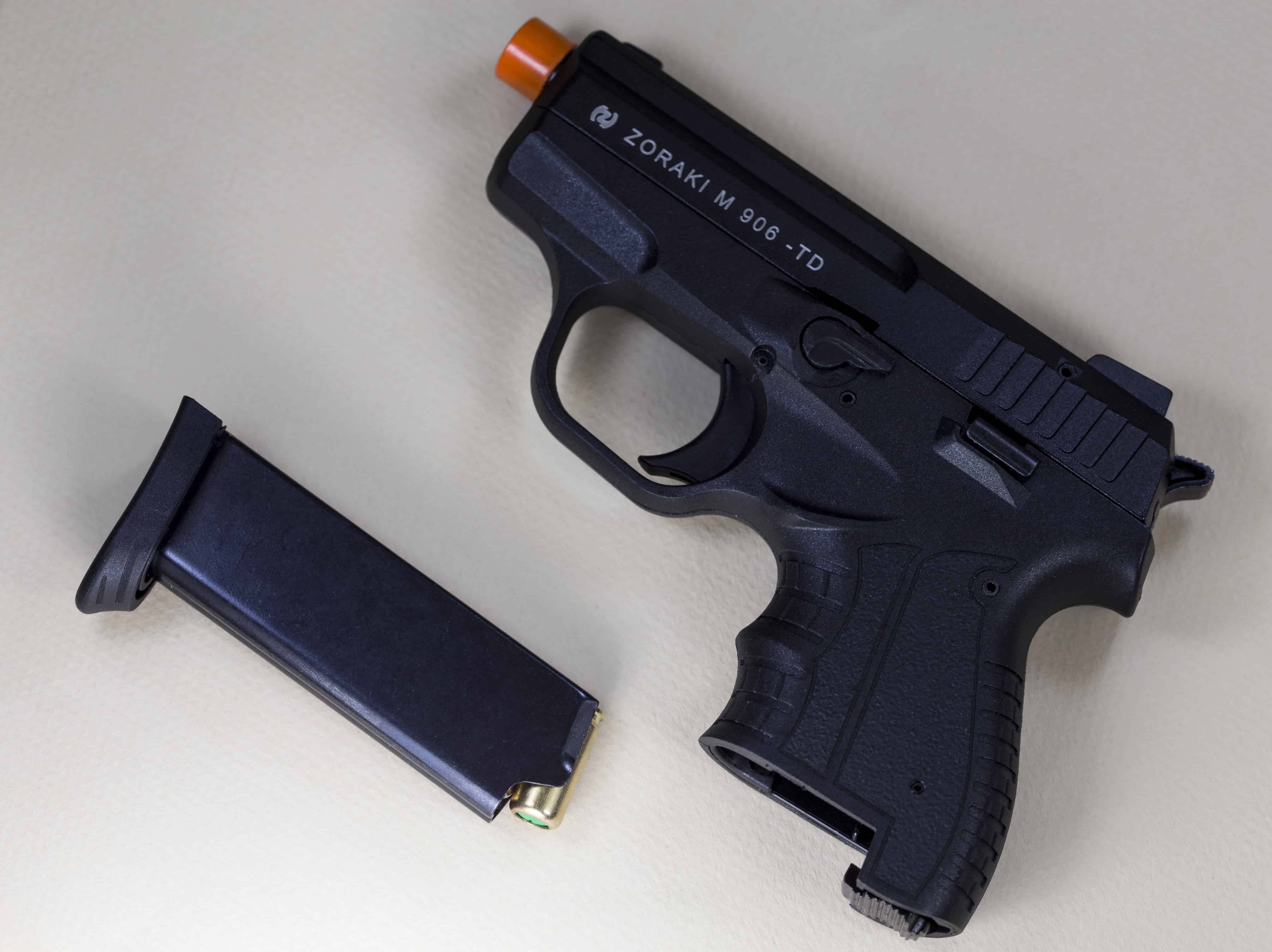 When considering the size and design of these guns, there are 7mm, 6mm, 9mm pistols and their designs differ as well.
A few have black finish, a fee have wood grips, a few have satin finish and a few have the fume finish. Anyways, there are two basic types or differences, as discussed follows:

Front firing blank guns are those that feature a barrel open from one end. This allows the flames and smoke to be discharged from the barrel when they are fired.

In the case of top firing guns, the barrel is blocked and the fumes and gases are discharged from the vent at the top.

Blank firing guns are often used for military training. The size, weight and shooting method, all are identical to real guns. Hence, military and police personnel are trained with these guns.
They know how to hold the gun, how to shoot, and how to target. Also, they learn about different types of guns because blank guns are replicas of real firearms.

This is a front firing pistol with a satin finish. This is semi automatic gun and is ideal for training. The weight is quite realistic along with size. A 9mm pistol with a slide action. Also, it is an excellent theatrical replica.
The magazine includes 6 rounds. The reason why it is very realistic is because of its shooting mechanism and the real sound that it produces.
Talking of shooting mechanism, you pull the slide back and load the first blank into the chamber. When the final blank is shot, the slide locks back, like it does in the case of real firearms.
If you are eager to taste the thrill of real shooting, get your hands on this front firing pistol and enjoy some realistic shooting with flames discharged and the firing sound produced.

Another realistic blank firing gun that provides a smooth and real shooting experience. This is single action semi automatic pistol with a magazine capacity of six rounds. For reenactment, movie and theatre purposes, this is an ideal gun.
The weight of 1 lbs, satin finish and 9mm size makes it a real gun. At the bottom, there is a magazine release button as well. This is not for firing real ammo, but it does discharge flames to make it look real.
The best thing about this pistol is that you are able to switch between the semi automatic mode and the safe mode. So, it is up to you, which firing mode you prefer?

There is not a great variety of blank guns available under 100 dollars, but we promise to bring the best of them.
This is another quality gun available under $100. However, it offers everything you are looking in a gun. After all, it is a realistic pistol with fume finish.
If you are familiar with guns, you know what sort of design it must have when we talk about fume finish. There is a large variety of real firearms with an identical finish.
Anyways, this gun is front firing which means the barrel is open and allows the flames to discharge. Also, it is semi automatic, but you can use the safety firing mode as well.

This M914 is another front firing pistol. The barrel is open and allows the flames to discharge. It is perfect for training military and police personnel. It offers a great magazine of 14 rounds capacity.
There is a black finish which makes it look like a fantastic real pistol. Unlike previous single action guns, this is a double action gun.
There is an ideal safety mode which disables your trigger. Hence, you can place it at your home with your kids able to use it. There’s nothing to worry about. When it is switched to safety mode, the trigger can’t be pulled to shoot ammunition.
Since it is a front firing gun, the smoke is vented from the front of the barrel which is opened. This pistol also features a magazine release button at the very bottom of the gun.
This is the most realistic blank gun you will ever use. A realistic weight combines with realistic sound to make it a close replica of real firearms.

Zoraki is the most trusted and renowned brand when it comes to blank firing guns. Over time, they have offers some masterpieces, and this is yet another masterpiece.
When we talk about realistic blank guns under 100 dollars, this M2914 with wood grips had to feature on this list.
This is another 9mm pistol with a front firing mechanism. The barrel is open from the front end. Hence, the smoke and flames are vented from the front. The sound, flames and appearance of the pistol make it look very real.
It possesses every possible feature you are searching for. For instance, safety switch, semi automatic firing mode, double action option, mechanism lock, magazine release button, everything is there!

Have you made your mind about which blank gun you need? Well, you can choose any of these guns, and we guarantee you will have a realistic shooting experience.
All these blank firing guns are almost real firearms. They can be used for training the police and army personnel, and for movies and TV shows.
Most importantly, for those who want to enjoy some real shooting, pick your gun and head to the field! 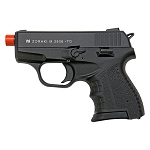 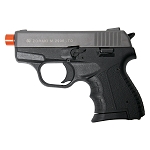 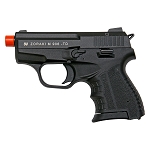 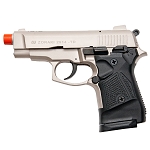 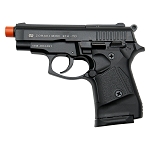 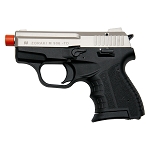 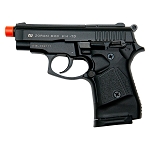 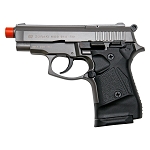