Is a Pocket Knife a Weapon or a Tool? A Detailed Guide!

There is a great debate surrounding a pocket knife. These are popular cool knives and seem as if every other person owns this knife and carries on a daily basis.
Do you know what’s the latest debate? Is a pocket knife a weapon or a tool? So, here is our take on this debate.
We don’t just look at the nature of this knife as a weapon or a tool. We have come up with a detailed guide on the pocket knife. Before this guide ends, you would know the answer too!

What is a Pocket Knife?

Pocket knife is a small sized knife manufactured to be carried in the pocket. It is designed as a knife that meets the user's needs. 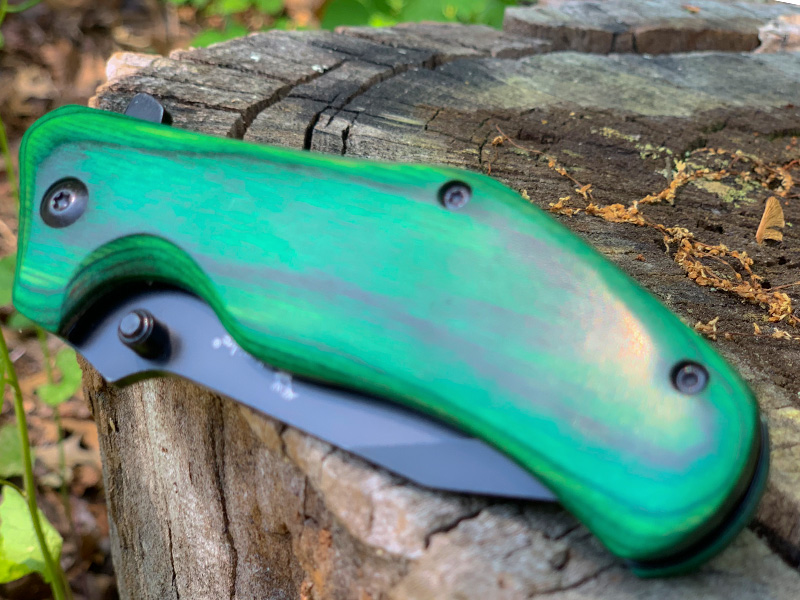 Generally, it is smaller than other knives because it has a small blade. The size is further reduced when the blade is folded inside the handle.
The sturdy blade of the pocket knife is made for small scale cutting. It is not that strong to cut wood or harder materials, but it comes as a handy knife for smaller cutting work.

Features of a Pocket Knife

The most prominent feature of a pocket knife is the folding mechanism of this knife. Folding mechanism refers to a blade that can be moved or folded into the handle.
This knife has a small blade that is moveable. When needed, you can open the blade. When not in use, you can fold the blade back into the handle.
This makes this knife easier to carry. When the blade is folded, the size is reduced and you can comfortably carry it in your pocket.

Pocket knife has a small and sturdy blade. This blade is not as powerful as a giant machete blade, but it is powerful enough for smaller cutting.
This is not the knife for heavy duty cutting since the blade is incredibly small. However, the blade is sturdy and durable and lets you cut lighter materials like ropes, wires, cloth etc.

The types of pocket knife differ as per the mechanism of folding and opening the blade. In other words, deployment mechanism.
The most commonly used type is the spring assisted knives. These are considered the most durable knives.
Also called assisted opening knives, these knives feature blades that can be opened if you apply some force. You need to pull the blade to some extent to open it.
There is a spring in these pocket knives. When you pull the blade to a partial position, the spring comes in action and opens it to the full position.

Automatic knives are types of pocket knives that feature push buttons. These knives are also called switchblades and are commonly used for self defense.
The push buttons make them quick to be deployed. As you push the button, the blade opens to its full position at once. There is no need to pull the blade, just push the button.

Manual folding knives are the most traditional pocket knives. These knives neither feature springs nor push buttons.
You have to manually open or fold the blade. Yes, there is a lock called back lock which keeps the blade locked in a position. Otherwise, you have to put force to deploy or fold them!

Is Pocket Knife a Weapon?

Knives have long served humans as weapons. A few centuries ago, knives were the only weapons that the warriors could use to battle each other.
Before nuclear weapons and firearms, bladed weapons were the warfare weapons. The warriors could use these lethal weapons to fight their enemies.
So, this determines that knives are weapons, but is pocket knife also a weapon? Let’s figure it out!

- Can We Use Pocket Knife for Combat?

Well, knives serve as combat weapons because these are lethal and can cause serious injuries. These are stabbing and thrusting weapons.
However, when it comes to pocket knife, is it a great stabbing weapon? Remember this is a small sized knife that is supposed to cut lighter materials.
This knife does not possess a blade that can be used for combat. The manufacturers have designed it as a knife to carry in the pocket. So, it is not supposed to be used for combat.
If you do use it as a combat weapon, it won’t be effective. It lacks power for stabbing and thrusting actions. So, it is not a combat weapon; that's for sure!

- Can We Use Pocket Knife for Self Defense?

We can use pocket knives for self defense. In fact, it has been used for this purpose quite commonly. But, this does not make it a weapon.
Remember this is a knife you can carry in your pocket. It is supposed to be used in emergency situations. When an attacker attacks you, it is an emergency situation.
To battle the attackers, you can use this knife. But, this does not mean it is a weapon. We can say that it is a tool that you can use to deal with the attackers.
Simply putting it; pocket knife is a tool that you can use for self defense. It does not fulfill the requirements to be a weapon. So, to us, this is not a weapon.

Is Pocket Knife a Tool?

Now that we have figured out that pocket knife is not a weapon. So, what is it? Is pocket knife a tool? Yes, it is a tool, and following are the reasons why it is:

Pocket knife can be used for utility work. It is actually a utility tool. Every now and then, you use this knife at home or office.
This knife is made for utility uses. You can use it in your kitchen as it helps in food preparation. Peel fruits with it or cut vegetables; everything you want!
Other than that, this knife can serve you in your garden work. For instance, you can use it to cut grass from your backyard. You can cut unnecessary branches from the garden to beautify it.
So, it is a comprehensive utility tool. It possesses everything to be termed as a tool, since it is not a weapon.

Pocket knife is not just a utility tool, it is also an everyday carry tool. This EDC tool can help you in your routine cutting work.
We all have several cutting tasks to accomplish on a daily basis; and if there is a pocket knife, the work is a lot easier.
You can use this knife to cut clothes, loose threads from your dresses and alter your jeans. Also, you can cut wires and ropes that you often need to cut.
Furthermore, this everyday carry tool can help in opening bottles and cans. The knife often features a bottle opener, and even if it doesn't; you can still open canned objects with its blade.

Pocket knife is a great camping tool as well. With this knife, you can accomplish all the camping work you have to do.
For instance, you can prepare food when required. You can cut fruits and veggies. Also, you can cut meat to cook.
Apart from that, this knife can help you in constructing shelter. You can clear brush, cut branches and make space for building shelter.
Also, you can use it in hunting. For example, you can do the skinning work with this knife, and remove scales from the fish.
All in all, it is a handy tool for camping; and campers often carry a pocket knife instead of their original camping knife!

Pocket knife works as an emergency tool as well. It is a knife you can use to fend off wild animals during camping.
This is the knife to have when you need to cut the seat belt after an accident. You can easily set yourself free from the belt by cutting it, and get out of the crashed car to prevent more damage.
Other emergency situations include self defense against the attacker, and as mentioned above, it is a handy knife to battle the attackers.
Pocket knives often possess features such as fire starters, glass breakers and bottle openers etc. All these features make it a great emergency tool.
When needed, you can start fire with the fire starter. Also, you can break glass to get out of a building on fire. Similarly, you can open bottles with the bottle opener!

So, is a pocket knife a weapon or a tool? As per our analysis, we have figured out that pocket knife is a tool. It can’t be termed as a weapon since it is not a combat weapon.
This small sized knife is not manufactured to be great for stabbing and thrusting actions. It is designed as an everyday carry tool.
So, a pocket knife is a tool that you can use for utility work, everyday cutting and camping etc. However, you can also use it as a self defense weapon against the attacker?
What have you concluded from this guide? We would like to hear from you! So, tell us if it is a weapon or a tool in the comments section below!

Read Also: What Most Expensive Pocket Knives Bring to You!