5 of the Best Airsoft Guns/Rifles for Airsoft Games

Airsoft gaming has become an alternative to video gaming. People who spend their time playing computer games have now become field players. Airsoft is a sport played on a special field called airsoft field.
It is a massive field on which players run around and shoot each other with cheap Airsoft guns and rifles. This is an enjoyable sport and better than video games. It improves your physical strength, stamina and mental toughness.
To play airsoft games, you need a few things. Yes, you need to join airsoft communities to engage with other airsofters. Also, you need to be a skilled player and have knowledge of the sport.
Above all, you need to have airsoft guns (both rifles and pistols), and a complete understanding of different airsoft games.
If you are a beginner and have no knowledge of which airsoft rifles you need for which arsof games, don’t worry. We are here to explain everything to the beginners. Following are some of the best airsoft guns/rifles for playing different airsoft games:

This spring powered airsoft pistol is excellent for airsoft games. Moreover, it is useful for target practice, if you want to engage. Remember different airsoft games require different guns, so, expect it to be good for some games. 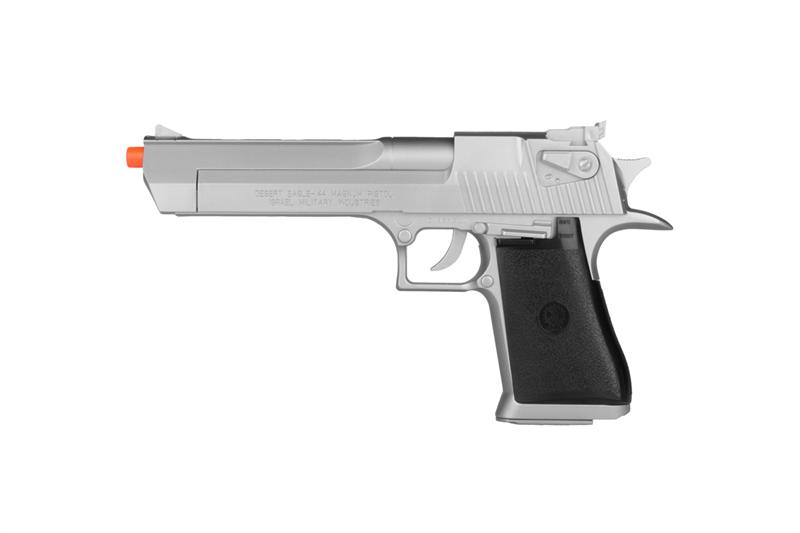 Though it is useful for many games, if not all. There are a few factors that you need to be aware of. First of all, your gun must offer accuracy, it should have a good muzzle velocity, and must be durable.
This pistol has every feature you are looking for, and comes up as great for games like Close Quarter Combat, and Rescue the Hostage.
This spring airsoft pistol has a 28RD magazine and has high quality construction. Expect it to be very durable. It comes with a magazine and a few practice BBs. It can fire at a speed of 250 FPS which is good for a pistol. Overall, a good pistol for gaming purposes.

This is an automatic electric airsoft rifle, and is usually good for airsoft games. Since it is an electric gun, it promises greater muzzle velocity and shooting range. It is one of the best airsoft guns when it comes to realistic shooting. 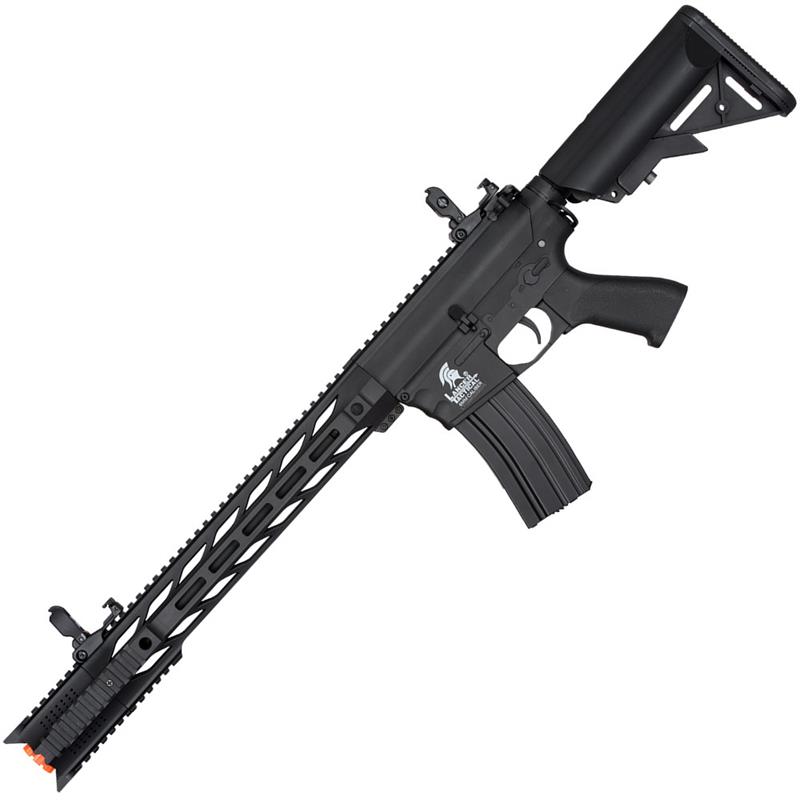 It is one of the few rifles that offer safe, full auto and semi auto action. It has certain splendid features, first of all an adjustable hop up. With a magazine capacity of 300 rounds, it is a rifle for games that last long. For instance, it can be used for playing Capture the Flag and Zombie etc.
The most significant thing is the muzzle velocity of this rifle. It can shoot at a speed of 350 feet per second. It comes with a big bag of BBs, a sling, a battery and charger (since it is an electric gun), a cleaning rod, and a laser tactical (since it is a tactical rifle). Definitely one of the best for airsoft games!

You must have heard about an airsoft game called Sniper. This is one of the most popular games. The game includes two teams. One is the team of a few snipers. The other team has more members while there are just a couple of snipers. 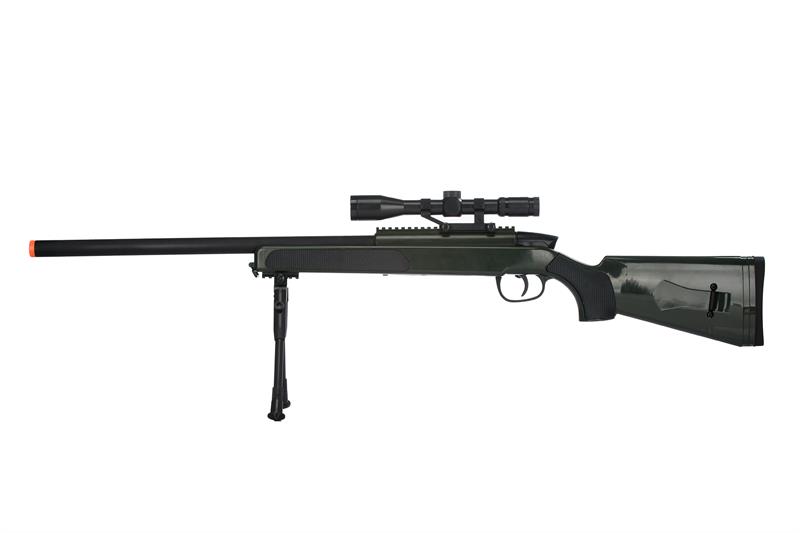 This sniper rifle has an enormous speed of 415 feet per second. Remember the snipers need are hidden and they need to target their opponents from a distance. Hence, better range and firing speed is essential.
And this rifle promises to meet the needs. It is highly accurate up to 150 feet, which is great from the game’s perspective. It is comfortable and ergonomic and designed for long term use.
It comes with a fixed hop up, a 25 round magazine, a bipod, a scope, a sling, pack of BBs, and a speedloader. Such a magnificent rifle for airsofters!

This is a different airsoft gun from others on this list, and it is called airsoft assault rifle. It is a replica AK47, and brilliant when it comes to playing airsoft games. It can be used for playing a variety of games. 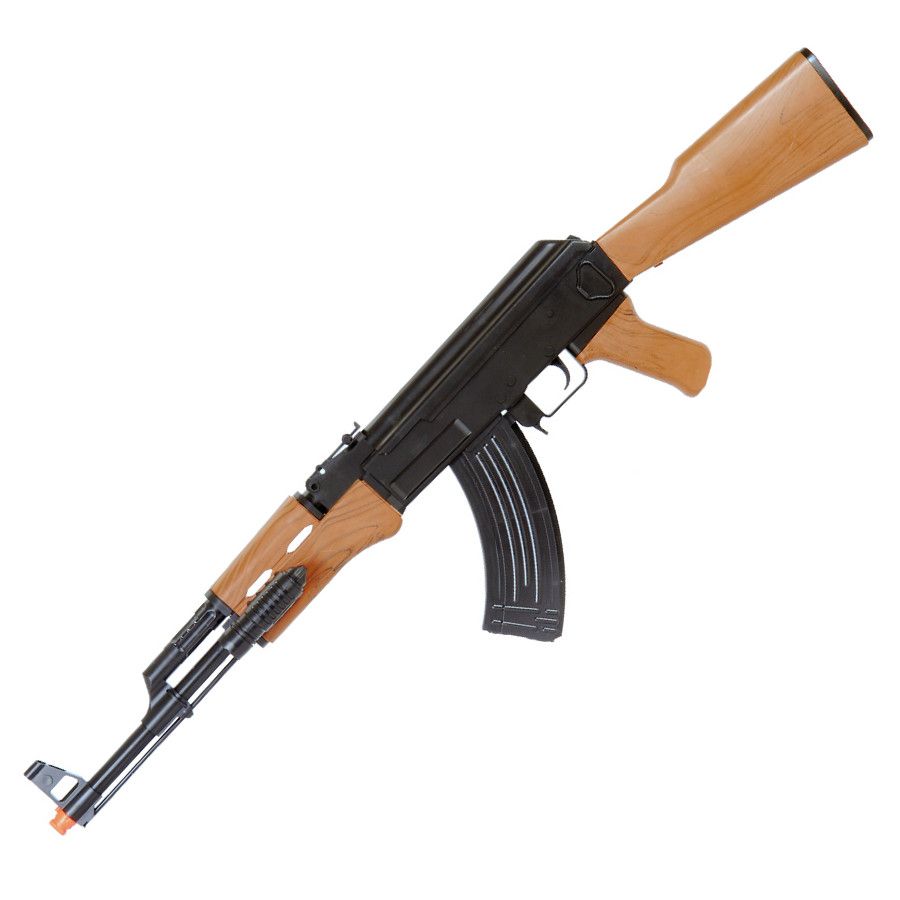 For instance, can be used for playing sniper (to spot the snipers on the field). In addition, it can be used for playing tactical games such as President and Capture the Flag etc.
The most significant feature of this airsoft rifle is the blue LED flashlight that it comes with. It provides light and allows you to spot your opponents hidden in the field.
Also, it improves shooting accuracy because it features a red dot laser. It features a fixed hop up, and is certainly one of the best airsoft gaming guns.

So, we come down to the fifth of our best airsoft guns for playing airsoft games. This is one of the few rifles that can be used for playing several games. For example, it is equally useful for playing all games except sniper. 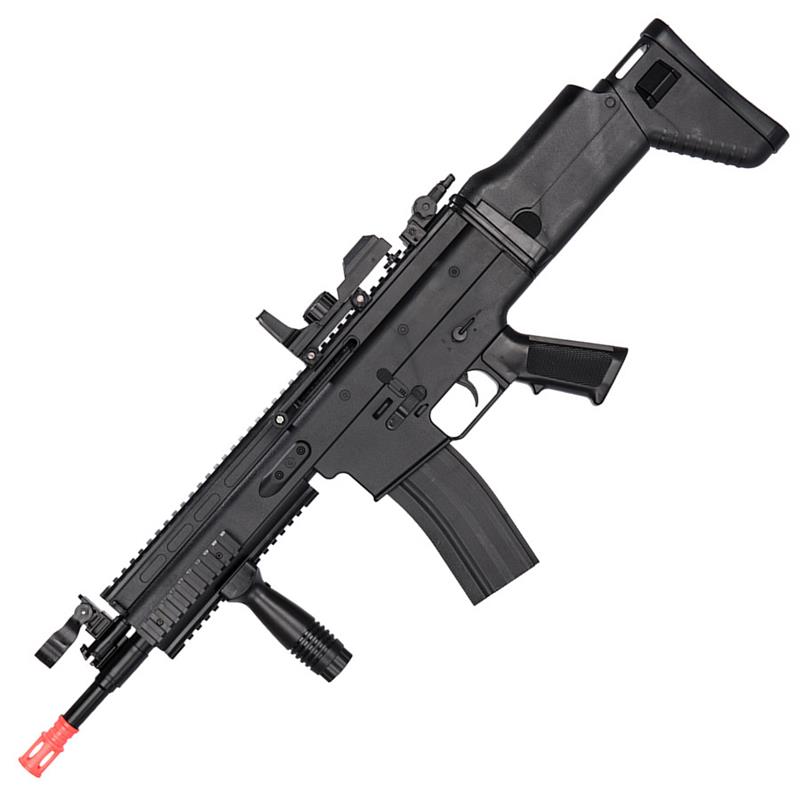 However, if you want, you can use it as your sniper rifle as well. There is a red dot sight which provides better shooting range and accuracy. Since it is a spring powered gun, it does not include any batteries that need to be recharged.
This airsoft rifle provides a nice muzzle velocity of 350 FPS. It is ready for action, and is very easy to use. Just cock it back and fire. It provides an effective range of 100 feet.
There is a fantastic 145 rounds magazine. The additional items included in the package include red dot sight, vertical grip, and a folding stock. All in all, an impressive airsoft gun!

Which airsoft game do you love playing? We are sure, you love giving a try to every game. And why not? You must be an airsofter who is able to play all games. Improve your understanding of all airsoft games, by playing each of them.
But, before that , get some of the best airsoft rifles/guns that allow you to engage in all these games. Our list has some excellent suggestions. Pick your gun from the list, and head to the field equipped with the best airsoft guns!
Blog Home
Categories
Recent Posts
Archives
SHOW SIDEBAR